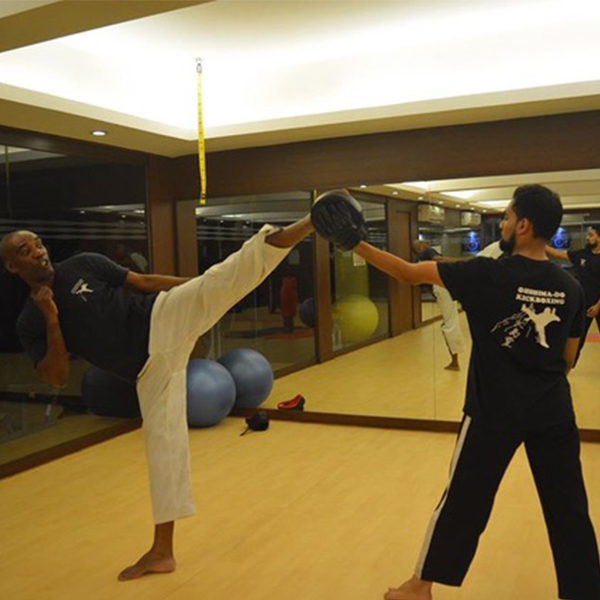 Master Rahim Bernard is an international instructor from the UK and has studied Taekwondo for over 30 years.

He was a member of the British fighting squad and their demonstration team for many years. He has also trained extensively in other disciplines like western boxing and kickboxing for 20 years. He is an accomplished fighter and has won countless championships.

Master Bernard has trained taekwondo in the UK with the founder, General Choi Hong Hi, Master Rhee Ki Ha, Master T Y Au, and Master Sangha. In addition to this, he has trained, in Japan, with Master Yanagi and in the USA with Steve Nasty Anderson, the world point fighting champion. He has also trained with Bill Superfoot Wallace, a World kickboxing champion.

Circuit and Crossfit training are two of the best all-round strengthening, cardio and endurance training on the market.

Taekwondo is a great cardio and legs workout because of all the kicking involved. It requires, good flexibility, so there are lots of stretching exercises in a TKD class.